For years I’d flirted with the idea of starting a blog or a YouTube channel but refrained because, “the world wasn’t ready for it” and not because I didn’t think it will be successful, well that’s the lie I told myself, at least. “Success is never guaranteed, but it would be one of those things where I’d just have to turn up and show my face”, I used say to my friends, when they rightly called me out for being “all talk”. However, in truth I’d never acted on these ambitions through fear that I wouldn’t be able to live up to the hype, no one likes the idea of not being good at something, I guess. Therefore, when I started my own blog, I was putting more than the small fortune I’d coughed up to Bluehost for my web hosting (whatever that actually is) at risk, I was also putting my ego on the line. This is because there aren’t many things more humbling than realising that nobody cares about what you have to say. 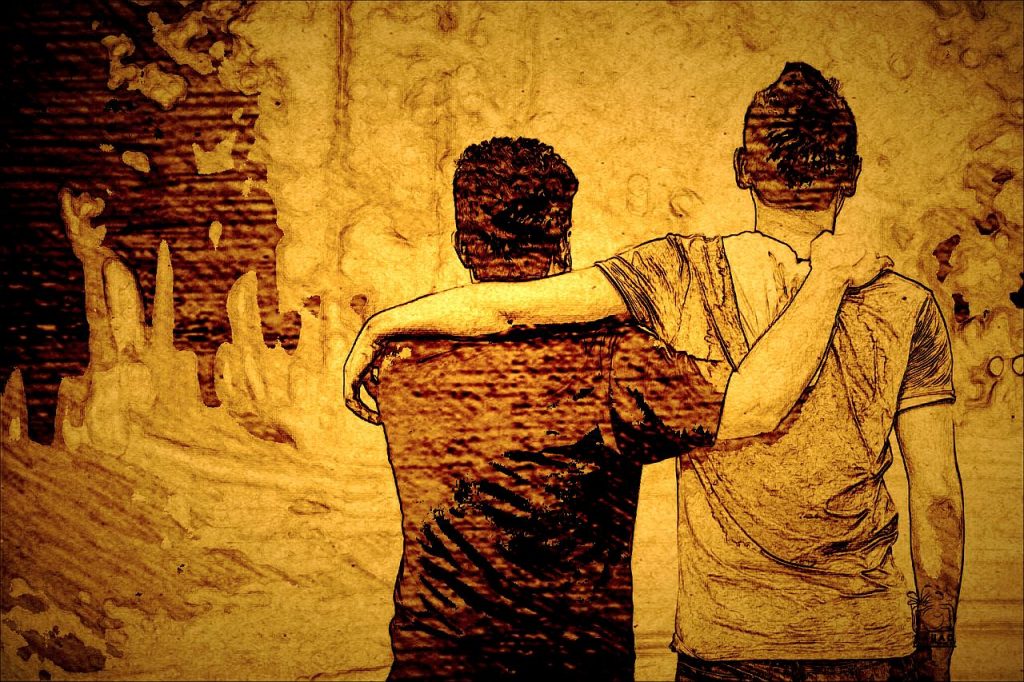 I must admit that the reason my dormant dream of having a creative outlet became a reality is because of lockdown. This is because it gave me a chance to think about nothing, it truly amazes me how creative we are when we remove the distractions from our lives. For example, I magicked up the ideas for my 3 first blog post while washing the dishes, which has meant that washing up has now become my chore of choice. (I think the first few days when I was washing up for everyone there was general confusion, but it’s gone on long enough for my family to know that I’m not trying to get something from them). Thus, in creating my blog I decided that no longer could I deprive the world of one of my gifts, no longer could I sit out the game in my golden years like MJ or Ali, no longer could I allow people to think of other bloggers as greats whilst I remained an unknown.

I actually took the plunge and created my blog in a sugar-fuelled moment of midnight madness. (Entering my bank details into Bluehost should’ve made me pause and think about what I was getting myself into but typing numbers into a computer didn’t feel like parting with hard-earned cash.) However, rather than feeling the elation, that I suspect most bloggers do, when they see their dream coming to closer to reality, I had the sinking realisation that I didn’t know what I was going to write about (I know this sounds backwards e.g. setting up the blog before you know what it’s for but it’s amazing what self-entitlement does to you). Indeed, my arrogance meant that rather than coming to terms with how in over my head I was, my thoughts were more dominated by what I was going to do with my first cheque. Would I reinvest it into the blog? Would I pay myself? What trainers would I buy?

It’s ok, I give you permission to laugh at the naivety of my questions, as a person well read in the struggles of blogging you realise how misguided they were, but sadly at the time I didn’t. The absurdity of my thoughts primarily stems from the fact that even before you get to writing decent content (as it happens quite difficult, you know) there’s so much for you to teach yourself. For example, at school you were probably taught Trigonometry, Photosynthesis and if you were really snazzy a bit of Chaucer, but SEO (Search Engine Optimisation), the government never thought to put that on the syllabus. This means that, even before you can pick a fight with writer’s block you have to trawl through pages of technical guides, to stand a chance of getting Google to treat you with the respect you deserve. However, I hate to burst your bubble: Google still hasn’t started to put any respect on my name.

While understanding all the complicated jargon is difficult, don’t let this fool you, it doesn’t mean that the writing part is easy. Even if you do write one good article (beginner’s luck is always punctual), or even two, it’s difficult to keep writing at your best or close to it. Just ask the writers of Peaky Blinders, I love the show and would never disrespect the writers (they’ve given me so much over the years), but we can all accept that the recent series didn’t live up to anyone’s expectations.

It’s also really difficult to know when to tell your friends and family about your blog because let’s be honest there are very few things that generate an eye roll or an internal sigh as quickly as the 3 words: “I’m a blogger”. (I hold my hands up to it, in the past I might have been one of these intolerant people but there’s just something so pretentious about it). This same fear of judgment is present when it comes to releasing content and allowing people to see how you think.

Ultimately, every time you hit “upload”, you still get the same fear as you did when you were younger, when it was time to hand in your coursework for grading. It’s horrible and you never feel like you’ve reached the perfection that you were seeking, but you take the leap, nonetheless.

The best guidance I can offer is something that I came across during a raid on blogging advice columns after my blog hadn’t taken off, (apparently it’s very common, but from personal experience I know that won’t make you feel any better). It said something like “if you wouldn’t want the person you’re drawing inspiration from, to read it, don’t write it”. This sentiment has saved me a lot of hassle in my personal life because touch wood, none of my friends or family have taken issue with anything that I’ve written. Now this might be because they didn’t bother checking me out when I sent them the link to my blog, (highly likely), but I prefer to think it’s because I haven’t transgressed any boundaries of trust.

Written by The Working Wise

The Working Wise is the founder of “https://newwisdom.online/“, a light-hearted platform. Tweet him at @NewWisdom4. Disclaimer: This site contains affiliate links to products. We may receive a commission for purchases made through these links.